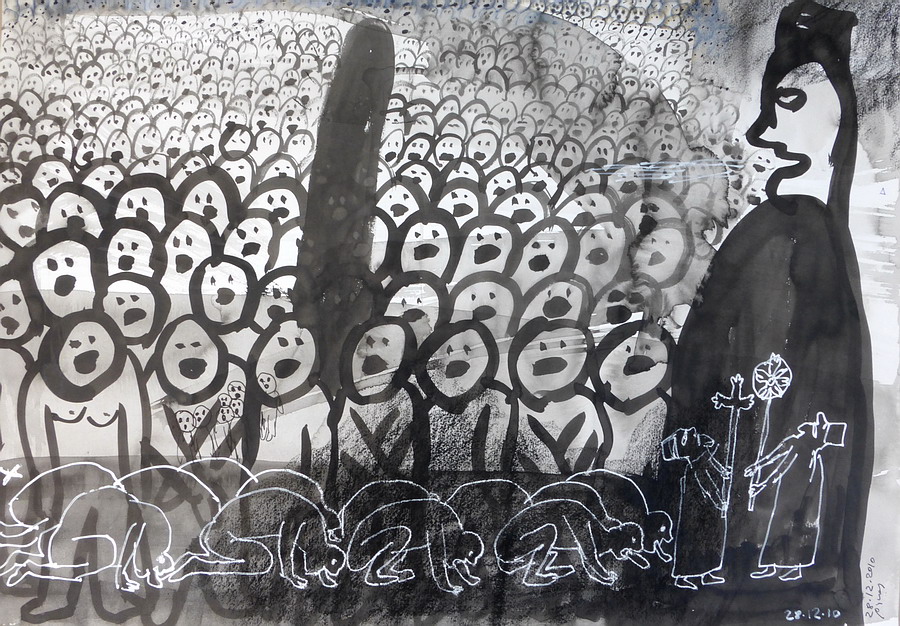 Inge Baecker, owner of the gallery, is a prominent art historian and curator who cooperated with many artists from the historic Fluxus group of the 60’s and 70’s. The gallery started in 1970 in Bochum and later moved to Cologne. Her first show was the work of Wolf Vostell and she has exhibited many internationally known artists such as Allan Kaprow, Michael Klerman, Al Hansen, Geoffrey Hendricks, Nam June Paik, Dick Higgins, Milan Knizak, Phil Corner, Sakir Gökcebag , Endre Tot, John Cage, Ulrike Rosenbach and others. Inge Baecker has curated major exhibitions and cooperated with art movements and artists in Germany and other countries. ( www.galerie-baecker.de ) She is the curator of  “On Target”, a project of Pafos 2017 European Capital of Culture which is based on the work “Human Targets” by Rinos Stefani.

From the 90’s onward Stefani did ‘Praxeis’ in galleries and public spaces. “Praxeis” are installations combined with performative elements. From his first “Praxeis with Earth” in 1991 in Nicosia to the “Charcoal Project” in the Buffer Zone of Pyrgos-Limnitis, Cyprus in 2011, Stefani´s painting, performances and Praxeis have developed in an organic and coherent unity. 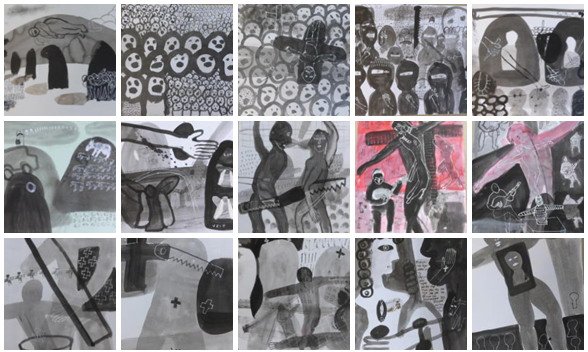